On the Road home

My semester abroad is now coming to end, with exactly 14days left until I have to get on that long haul flight back to OZ.

Its exam time here in Bath. Which I am finding quite odd. Classes finished about 5 days before christmas, students are given 3 weeks off and then into exams. If I was to be continuing on for another semester, I would only have a one week break before starting the next semester. I much prefer our univeristy system, it just seems to make more sense! (although the 3 week break over christmas did allow for ample travel time! Spain was gorgeous!)

I spent the christmas town hopping, 3 or so days in different towns around the UK with friends from uni and also friends who were on exchange in Australia last year. A cold christmas felt a tad odd, although it did feel more ‘ traditionally christmas’ or what christmas seems like in all the films anyway! But it felt pretty weird without my family and friends and the beach! although we did manage to get in some snow cricket on christmas day just for my benefit.

Having exams right before I finish my semester abroad has made it incredibly hard to see everyone before I fly out. But making sure I see everyone has made me realise just how many amazing people I’ve met over here. From england, europe, and even some new aussie mates. My english friends have taken me under their wing completely and where at the beginning of the semester I was introduced as “the token Aussie”.. I’ve now recieved “oz” instead of Erin as a nickname.  My sports team were even going to see if they could get uni funding for me to come back to italy in april for their beach tour! (unfortunately its not going to happen 😦  ) I’ve managed to convince some friends from some of my classes to do placement in the southern hemisphere, with some scattered over Aus and a  few in NZ, just gives me an excuse to go and see more of the world closer to home ( I have most definately got the travel bug!)

This 6 months has gone so fast, and yet at the same time it feels like so long ago that I was in Wollongong. Leaving Bath is going to be Bittersweet as i’m excited to go home, but also sad to leave. But yesterday when I packed up a box to send home (mainly consisting of a winter wardrobe) I thought about just how amazing this expereince has been.
Not only have I made friends from around the world and seen 16 countries,but i’ve seen snow for the first time, had a cold christmas,  learnt how to cook, tried new sports, survived a long distance relationship and minus temperatures! I’ve even been able to reccomend places and travel spots to other people. I’ve had a snow day, town hopped the UK, met reletives on the other side of the world, experienced homesickness, stood on a frozen lake and represented my country as we lost the rugby and the ashes and loved every minute of it all! I’ve even started hearing english accents as normal and australian accents as incredibly odd! (when they pop up on tv or on the street)

When I was organising my exchange trip, I met another girl from Wollongong who was also coming to Bath, we even discoverd we have a lot of close friends back home. Having her here with me in Bath has been so wonderful. Not only did it give me a travel buddy, but also a cooking partner and someone to talk about home with. She was there when I had some family troubles, and also when we both had boy troubles back home it was great to have someone to talk to.

Obviously procrastination has kicked in at its best with this long post.. But a few photos from awesome times here.

Ultimate Frisbee Banter (post game fun with the other team, more important then the actual game itself :P), My frisbee team making it to nationals, First snow, SQUIRREL!, setting up the christmas tree,  At the top of Barcelona, amazing friends from uni, standing on the frozen lake, making it to the uni for the very first time!

A splash of colour

This post is a little late, now that its getting a whole lot colder..
But Autumn over here is amazing! Back in Oz  I enjoyed it when maybe one tree on our street would change colour during Autumn, the whole campus at Bath turned stunning shades of gold and red.
Coming from Sydney, I first though Wollongong campus was quite green, nothing compared with the Bath campus though!
Campus has gone from this… 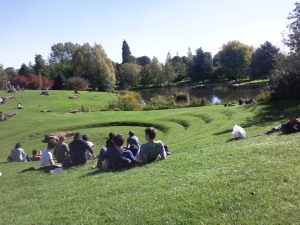 To this in just a few short weeks…. 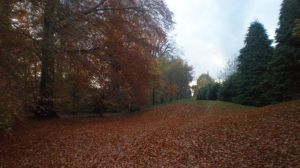 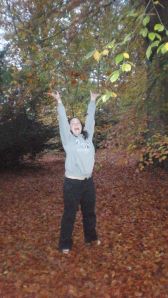 Of course I just couldn’t resist throwing the leaves about everywhere…
As mentioned in another post, christmas is nearing, and i’m getting pretty excited for my first ‘real’ christmas. So are all my friends from uni who are having me over christmas.
There was a big ceremony to turn on the christmas lights about town. And the christmas markets start up this wk. Photos to follow soon
Of course this also means its starting to get rather cold!

Just something quick I’ve found odd about life in the UK (besides all the Queing!! -something on that to come later as soon as I can get a sneaky photo at uni..)

So people in the UK really seem to have a problem with the name Erin – that being my name. I’m not sure if this is because of the accent or the way I say my own name upon introduction,  but everyone tends to look at me like its a really odd, new and strange name, often asking me to clarify several times. Erin originates from Ireland… so being pretty close by.. you wouldn’t think it would be that odd. I have people call  me emran, ermna, enna, arna, ernie, iner etc…
the most common response seems to be a er…. followed by a trail off into nothing.

the reason I found this particularly strange was because in Australia Erin is not an uncommon name, and having derived much of our culture from the British, I assumed this would also be case over here. Its not 4 letters that are particularly difficult to put together..