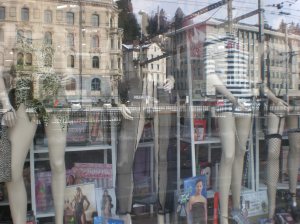 Ok soo i couldnt just leave you with that picture alone because its a beautiful place here so here is a shot of a hill not to far from where i live. 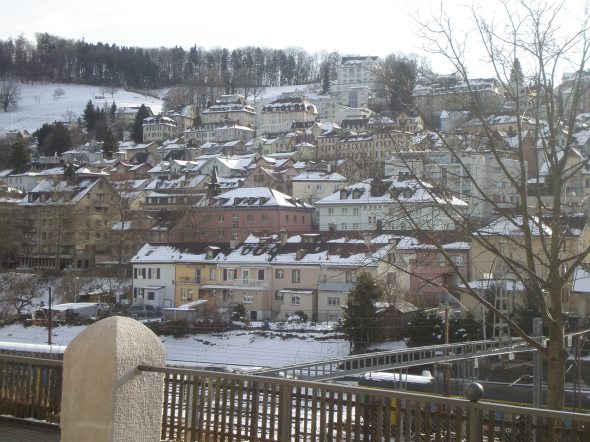 So its 1am here and i cant sleep, so i thought this would be a great opportunity to make my first post.

So soo far Ive been mostly sleeping but i still have noticed some things about this country. Firstly their public transport is awesome, it may be expensive but sooo good. However on train trip from the airport to St Gallen I accidentally seated myself in the first class seating, and i really couldn’t tell the difference between first class and normal class except the seats were red and had less people in first class. I guess the red makes all the difference ay. Asking people for help is quite easy here, just you have to pick out the ones who can speak english, on the train asking people in business suits work for me hehe. Ok now to buses, which i caught 3 times so far without paying, because of the simple fact i don’t know how to. The machines are in German, the devil inside me wants me to see how long i can act like an innocent tourist, but the angel says im a guest in their country and i should pay, hmm.

As for the weather its not soo bad, snow everywhere but not to cold, apparently I brought the sun out according to university staff. Speaking of the university my fondest moment so far was walking into the exchange office and seeing a post card with wollongong harbour on it. Such a proud gong boy then.

Hmm anyways that’s all for now, hopefully Ill be taking photos soon. And gradually as I get used to wordpress my posts should get better.