Mine and Matilda’s trip to my Grandpa’s in Newcastle had somewhat of an inauspicious start in our conveyance from Edinburgh. We spent a little too long saying goodbye to everyone from the Hogmanay tour and ended up having to RUN through the city to the sprawling train station where we were supposed to print out our tickets. With three minutes till our train left, we still had no idea where the hell we could print them, and just had to board without them. We then began stressing about the laws regarding such things in the UK. Surely, we thought, they’re too polite here to fine you. Turns out we just had to buy more tickets from the inspector when he came around.

Our folly was punctuated by a sign we saw upon our arrival in Newcastle: 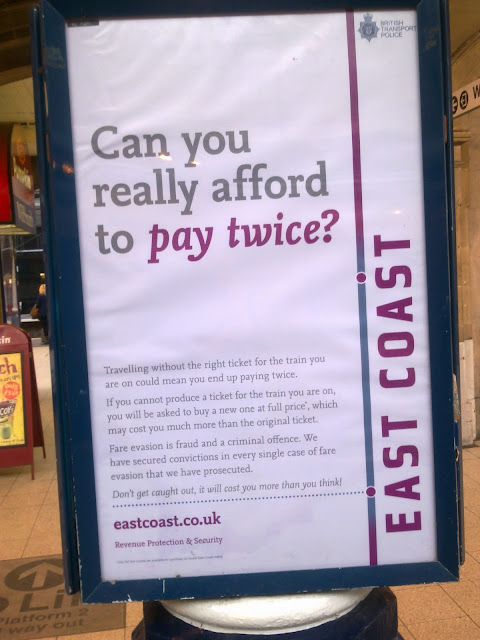 We met Grandpa at the train station and he took us back to his house, which has a name instead of a number – an English custom I think is really cool! Besides that, it’s the most English-sounding address ever: Turnberry Fairway Rise, Hartford Hall Estate, Bedlington, Northumberland. It has just about every quaint English suffix you can think of.

A little while after we arrived, a whole clan of my extended family arrived to meet me. We were treated to a strange kind of hospitality, whereby the host expresses incredulity to the point of derision if you decline anything:

‘Do you want anything? Tea? Coffee?’

‘Are you sure? Water? I think we’ve got some juice in here somewhere …’

‘You don’t want anything? Nothing!?’

In this fashion I was guilted into Budweiser after Budweiser. It’s like there’s something wrong with you if you don’t want to consume something. I think it has something to do with the British propensity to have tea every five seconds. At any change in circumstance or situation they must be comforted by the consumption of tea. Also possibly an Australian sense of ‘roughing it’ – we drink when we’re thirsty, not when we turn the TV on or arrive home or go out or get up or move rooms.

But the food and the party were great. Towards the end we began fascinating my family with Australian coins and notes and licenses and passports. They couldn’t quite get over the waterproof money, and had to run it under a tap to appreciate its awesome power. I told them it was so we can go surfing with just a note in the pocket of our boardshorts.

That night, a couple of hours after I went to bed, I had my third spew of the trip (the Budweisers mixed with a lunch/dinner of party food and the chips, chocolate and softdrink we’d had to have for breakfast on the train were probably not a good idea).

We spent the following days eating out for lunch and dinner and visiting various castles, although we had perpetual bad luck in this, with Alnwick and Tynemouth being closed. 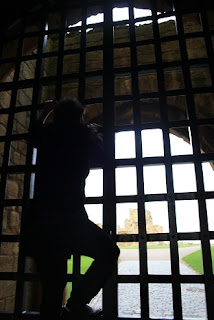 “Let me innnn!”: Scaling the portcullis.

Luckily we managed to get into Warkworth. 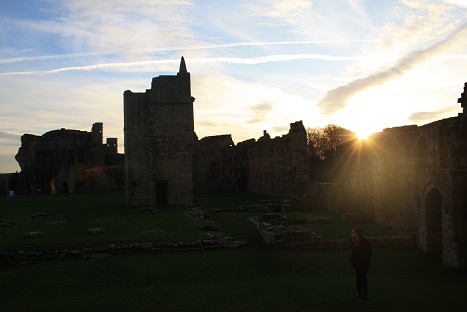 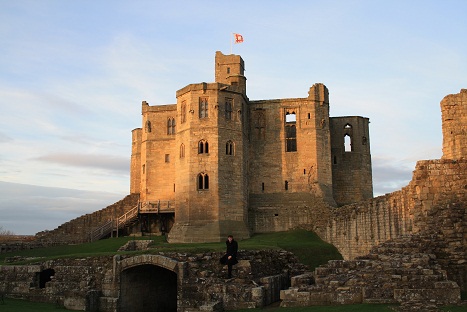 We also visited the cute little village of Alnmouth. 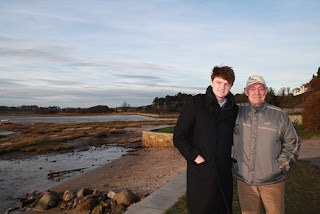 Grandpa and Christine seemed to have a personal cab driver who they’d always call to convey them to dinner if they wanted to drink. His name was Hippie, and he was a proper rough-looking Northerner – a Jordy, I think they might be called? Anyway he had a really low voice and a bikie-style ponytail. So you can imagine our surprise when his phone started ringing and his ringtone was ‘Waterloo’ by ABBA. He didn’t even seem embarrassed. Good on him, haha.

Our time at Grandpa’s was spent in absolute luxury, especially compared with the hostel life we’d become accustomed to. The bed was so comfy I never wanted to get out of it: 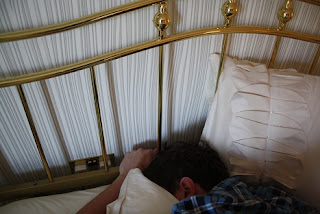 We had bacon sandwiches cooked for us every morning, and had lunch and dinner shouted for us every day and night. We lazed and napped and watched bad British television. It was just what we needed to recover in time for our next hostel venture.

This entry was posted on April 3, 2011 by lukebagnall. It was filed under Cultural differences, Festive season, LOL, Scotland, The UK .