Mr bagnall, darling of the universe

Hey, Luke Bagnall here, writing from the University of East Anglia in England, UK. This is my first post (about three months late); but I’ve been keeping a travel journal and have plenty of experiences saved up to share!

It only took thirty seconds in England before I never wanted to leave (but don’t worry, Nan, I promise I will). Of course, my ebullience probably had something to do with the fact that I’d just been cosseted for twenty hours on my two (count them, two) business class flights instead of being slowly withered into a jetlagged wretch by cattle class. I should probably explain: my Dad worked for Qantas for a loooong time, so I got to fly standby staff travel, and somehow got upgraded to business class after only paying $400 for my ticket! Amazing! 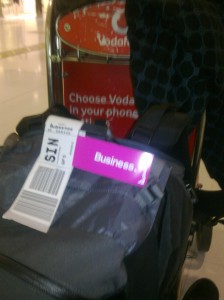 I had no idea what to say the first time the stewardess asked me if I wanted anything, Mr Bagnall. But I soon got the hang of it. Beer, wine, juice, coffee, hot chocolate, nuts, Lindt chocolate, cheese and crackers, three-course meals, croissants, toast, bacon, eggs. Yes. Just, yes.

Being on a plane is such a bizarre experience when you think about it. Like turbulence. It’s such a familiar, comforting sensation, almost exactly the same as a car trembling over the road late at night when your parents are driving and you get to relax and go to sleep as a kid. But then you realise that you’re about seven hundred thousand kilometres in the air and there’s no road, and it becomes a little more disturbing. Same thing with lightning – I love when it storms and you’re at home inside all warm, but seeing the flashes outside your window when you’re actually in the sky is a bit different.

Anyway, I got there, zipped through customs and all that without any trouble, and got picked up by my friend Gilly at six in the morning – it felt like six at night. Everyone always talks about how early it gets dark in Europe in winter, but you don’t hear so much about how late it gets light. It was still dark at eight. Gilly lives in what were once the servant’s quarters of an old (obviously listed) house in Winchester, and I stayed with her there for a couple of days. I went to the main street (or ‘the high street’ as they call it) most days since I arrived and saw cafes, the university, the markets, and the cathedral.

Everything was amazing. It was all so cool and old. Wollongong has about three cool cafes; here every second cafe is an old converted townhouse with four levels and a blackened spiral staircase spining through it. And English pubs are so cool. Much cooler than the ale, which is as warm as I’ve always heard. But surprisingly delicious.

It’s like I was so amazed by everything because it’s a Western culture – it’s so close to ours, but so different. 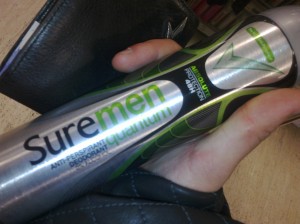 I had to keep reminding myself at first that I’m the one with the accent. I couldn’t believe those accents were completely normal for all those people, that they didn’t bat an eyelid at the architecture all around them, or the canal, or the statue of King Alfred, or anything. They even play that cardgame my friends always play where you have three face-down cards and three on top of those facing up and three in your hand, except they call it ‘shithead’ and the loser has to wear underwear (or ‘pants’, as they call them) on their heads and with a few other alterations. I played with Gilly’s family at her parents’ house because we stayed there a night for her mum’s birthday and their early Christmas celebrations, which was great. Of course, being the universe’s golden child at the moment, I had amazing luck in both games, twos and tens and aces practically throwing themselves at me so that I won the first game and came second or third in the next.

I’ll post again with some more details of my trip so far soon!