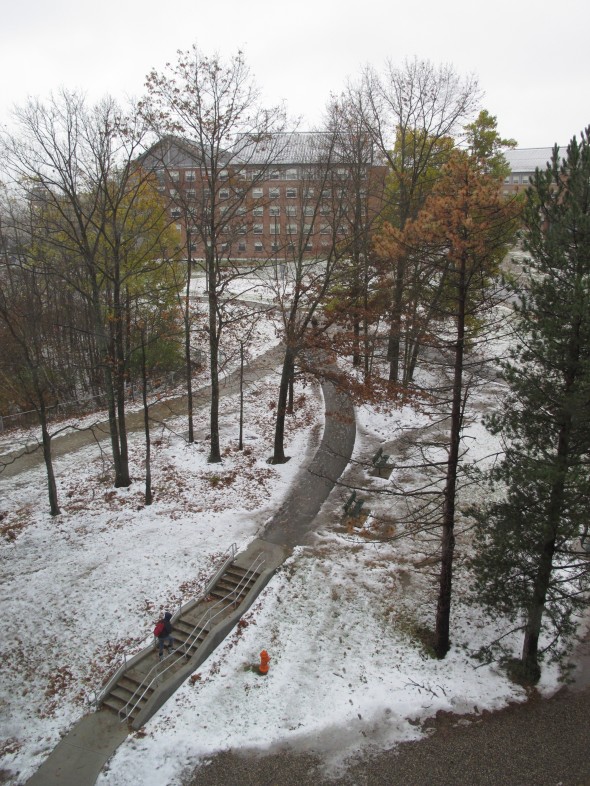 So I woke up this morning to find that it had snowed last night!!!

It has been so cold here in Storrs that it was bound to happen soon. What baffled me is that some people were still walking to class in jeans and a jumper! The wind here is so cold that it cuts through that sort of clothing and freezes your soul. Nah i’m exaggerating a little there. Everyone in my class this morning had a good laugh at me as I walked in with my big snow jacket and beanie, they just said its gonna get colder, and I believe them.

Seeing the snow is making me look forward to some snowboarding trips and Christmas with my mate and his family in Vermont.

I’m really excited about the snow and I can see how the winter would be unbearable without it here, it makes the bitter cold worth it. 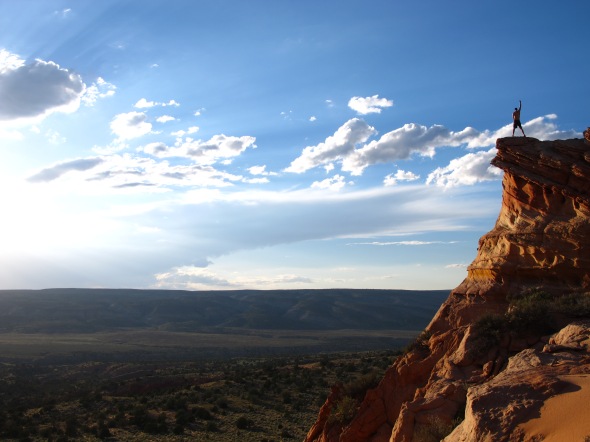 This photo is my favourite of a few thousand that my mate and I took on a week long trip through Arizona and Utah.

This was taken in the Coyote Buttes National park which straddles the Arizona/Utah border. Only ten passes are sold for the South Coyote Buttes each day on a first come first served basis, this is still a hell of a lot easier to get than the pass for the North Coyote Buttes which again only ten passes are sold each day but for these you have to arrive at the ranger station early in the morning and enter a bingo style lottery to have an opportunity to go. The reason for the lottery is that on any one day there can be up to anywhere between 50 and 100 people trying to get a pass. The popularity of the North Coyote Buttes is because they contain ‘The Wave’, an incredible sandstone hillside that has been eroded away over the ages to reveal ”waves” of different coloured stone.

On the first day we were at the ranger station our number was not picked but we were able to buy a pass into the South Coyote Buttes for the next day and then headed off to a tour of Antelope Canyon. Antelope Canyon is a very tight slot canyon that gets lit up by the midday sun to reveal the amazing shapes contained inside, it is also on a dry river bed and is inaccessible when it rains anywhere in the area due to massive flashflooding.

The next day before we headed out to the South Coyote Buttes, we decided to try the lottery again and this time we were picked first!!! The thing about this lottery is that for entry in the lottery can have any amount of people, so if a group of ten enter and get picked first it’s game over for everyone else, also if at the end there is only one place left and a group of two is picked only one person can go. On the day we were picked a middle aged American couple also got their number called and when it came down to the point where there was only one place left a group of three German tourists were picked. They were going to turn down the single pass because they wanted to go as a group, but the American couple piped up and said that the German group could have their passes as they had travelled so far and may not get a chance to come again. It was great to see this amazing act of generosity, especially after having experiences like a bloke on a Harley coming the other way on the highway forcing us into the emergency lane because he wanted to overtake.

The landscapes in this national park were like something out of a weird dream, the likes of which i had never come across anywhere in Australia and it was amazing to have the opportunity to explore them.